Regis Bouvier de Cachard is a French painter known for his stylised cityscapes, still lifes, and Surrealist works. Born in 1929 in Paris, France. At the age 14 Regis Bouvier de Cachard was the youngest student to ever study at the École Boulle in Paris. He studied Sculpture, Engraving and Painting. After graduating, he pursued a career in the Parisian textile-design industry from 1948. In 1950 the artist moved to Venice, where he pursued his passion for painting. He held his first exhibition in Venice in 1956 he followed this up with others in London in 1959 and Paris in 1960 and while continuing to exhibit in these cities he also exhibited his paintings in the USA. For a time he made his home in Chelsea with a studio in Cheyne Walk, he then moved to live and work in The Pheasantry and from these advantage points he painted many scenes of Chelsea Reach. In each of his works he strives to confer a sense of design in compliance with the rules of harmony of the Old Masters.

It is because of his skillful artistry and his boldness that Regis Bouvier de Cachard is an artist who merits the greatest respect of the art world for posterity. 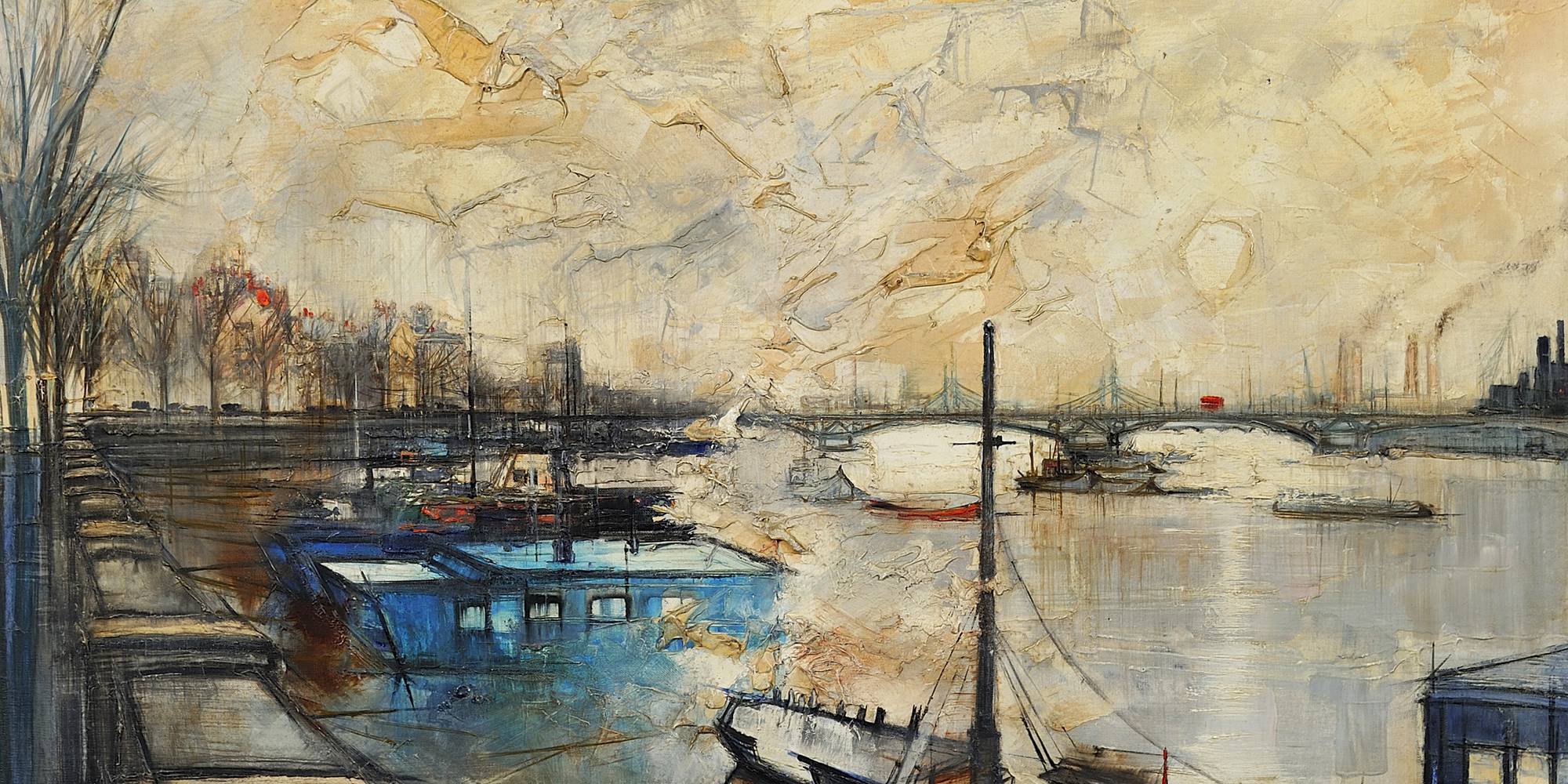